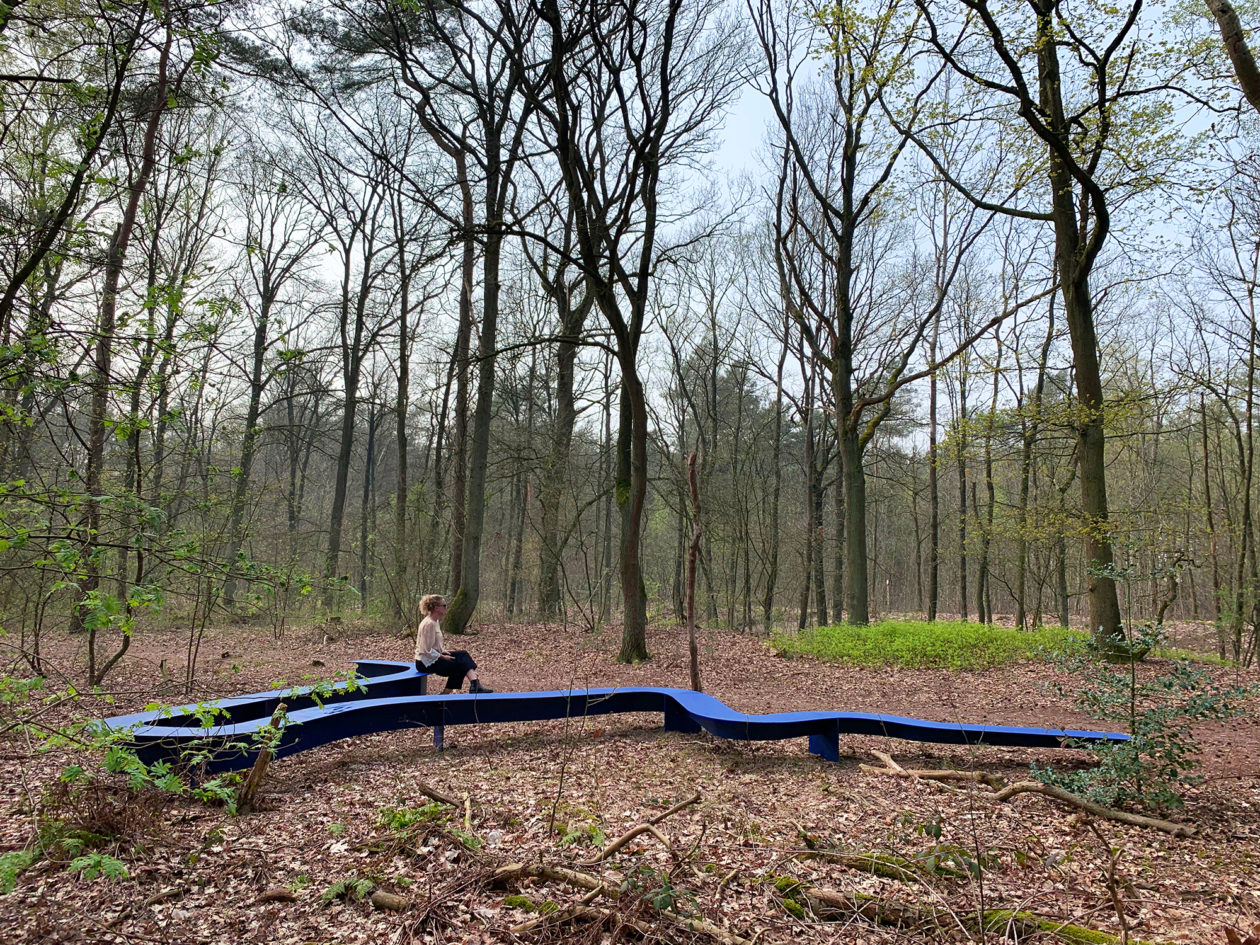 The Retie Landscape Objects in the province of Antwerp are designed to enhance the quality of the walking area around the ‘Grote Gracht’, to the east of the Belgian municipality of Retie. The rich local agricultural history has been interpreted with a poetic, minimalist design.

The municipality of Retie sought an overall concept that would enhance the identity and attractiveness of the walking area. Agricultural development around the 19th-century Grote Gracht in recent decades has resulted in an open landscape, which is unique in the Kempense Heuvelrug nature area. Notable features of the area include the striking plot arrangements and waterways.

Our winning competition design is both poetic and functional in character: the plan consists of six information pillars and three land art objects, all constructed of coated sheet steel. Each object tells a different story, revealing the history of the surrounding agriculture. Although each element is unique, their minimalist design and distinctive colouring makes them a recognizable family of objects.

The information pillars consist of life-sized ‘map fragments’ placed vertically in the landscape. The abstract map fragments show the contrast between the orthogonal plots and the natural streams, while the information texts explain the agricultural history of the area and the Retie dialect.

The Grote Gracht provided the inspiration for the design of a meandering bench called ‘The Collateur’. The sixteen-metre-long bench has the same shape as the drainage canal that runs through the area. The tapered frame is a subtle reference to the increasing height difference between the sloping landscape and the waterway.

The linear land art element called ‘The Count’ makes an invisible line through the walking area visible again: the former boundary of the Royal Demesne. This area was once the property of King Leopold I and his son, Count Philippe of Flanders, between 1853 and 1950. We placed a wall featuring an engraving of the personal coat of arms of King Leopold I along this boundary through the landscape.

The third land art object, ‘The Plateau’, is a stepped landscape element and viewing platform in one. It faces the Kempens Plateau, from where much of the natural water from the area comes. The object has been positioned in an open field of corn and will be surrounded by tall corn plants during certain seasons. 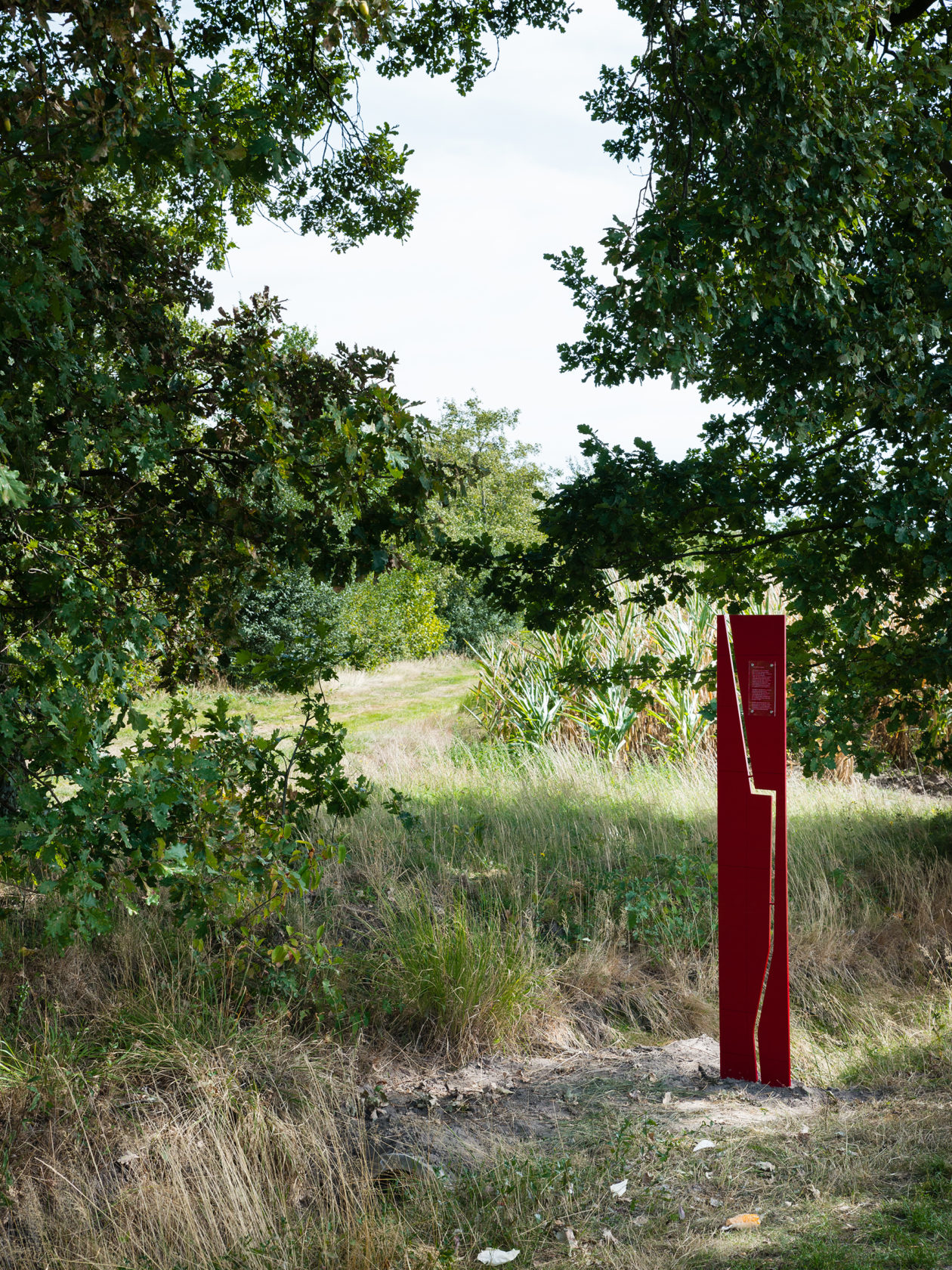 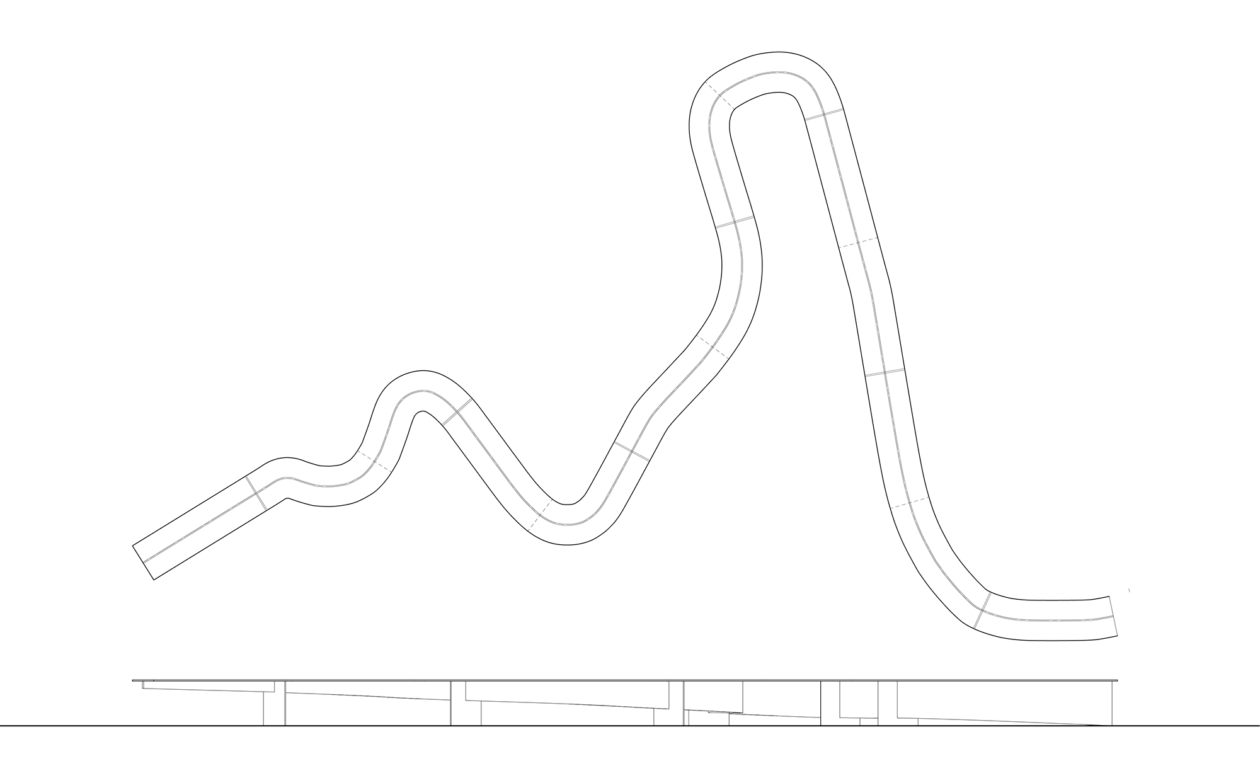 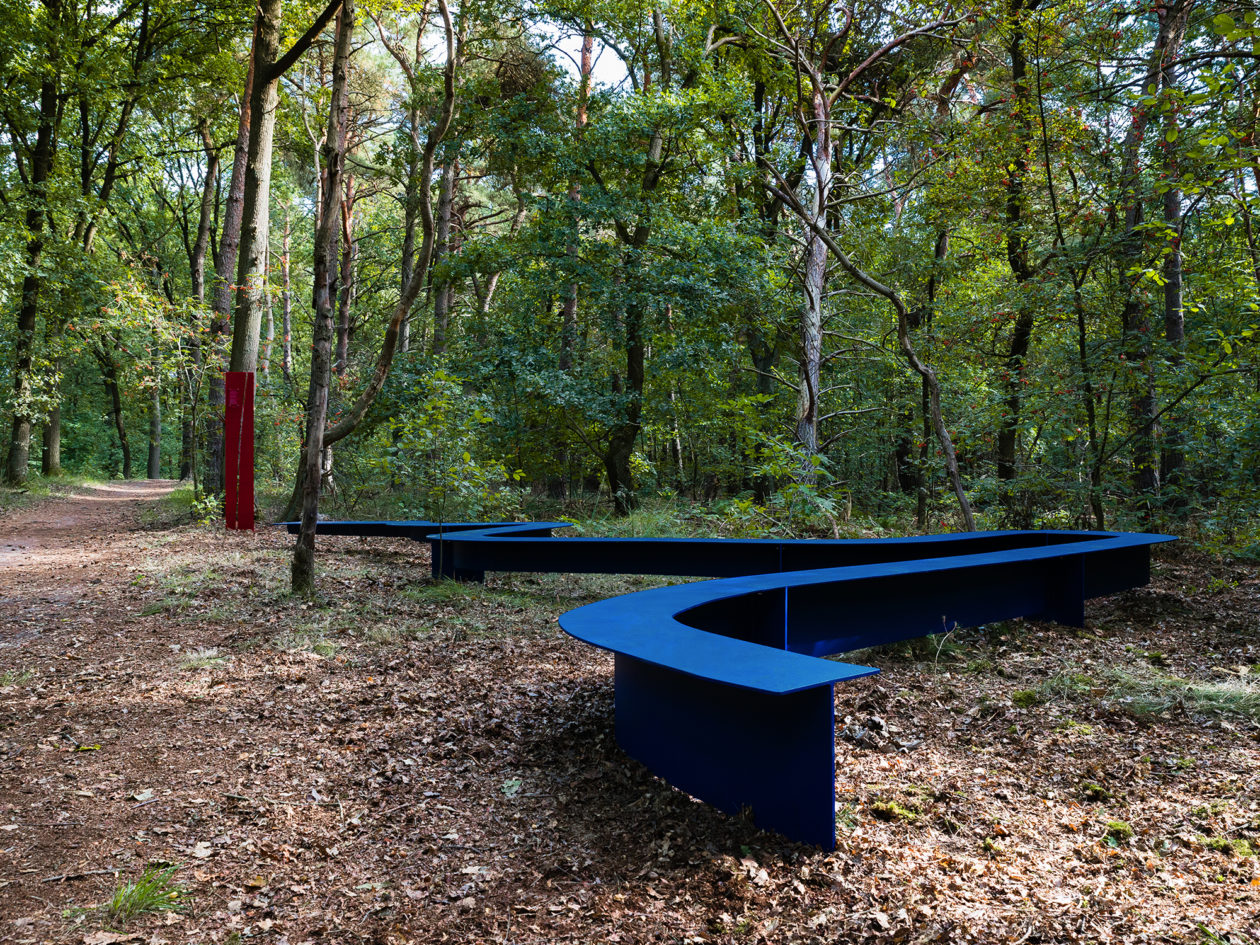 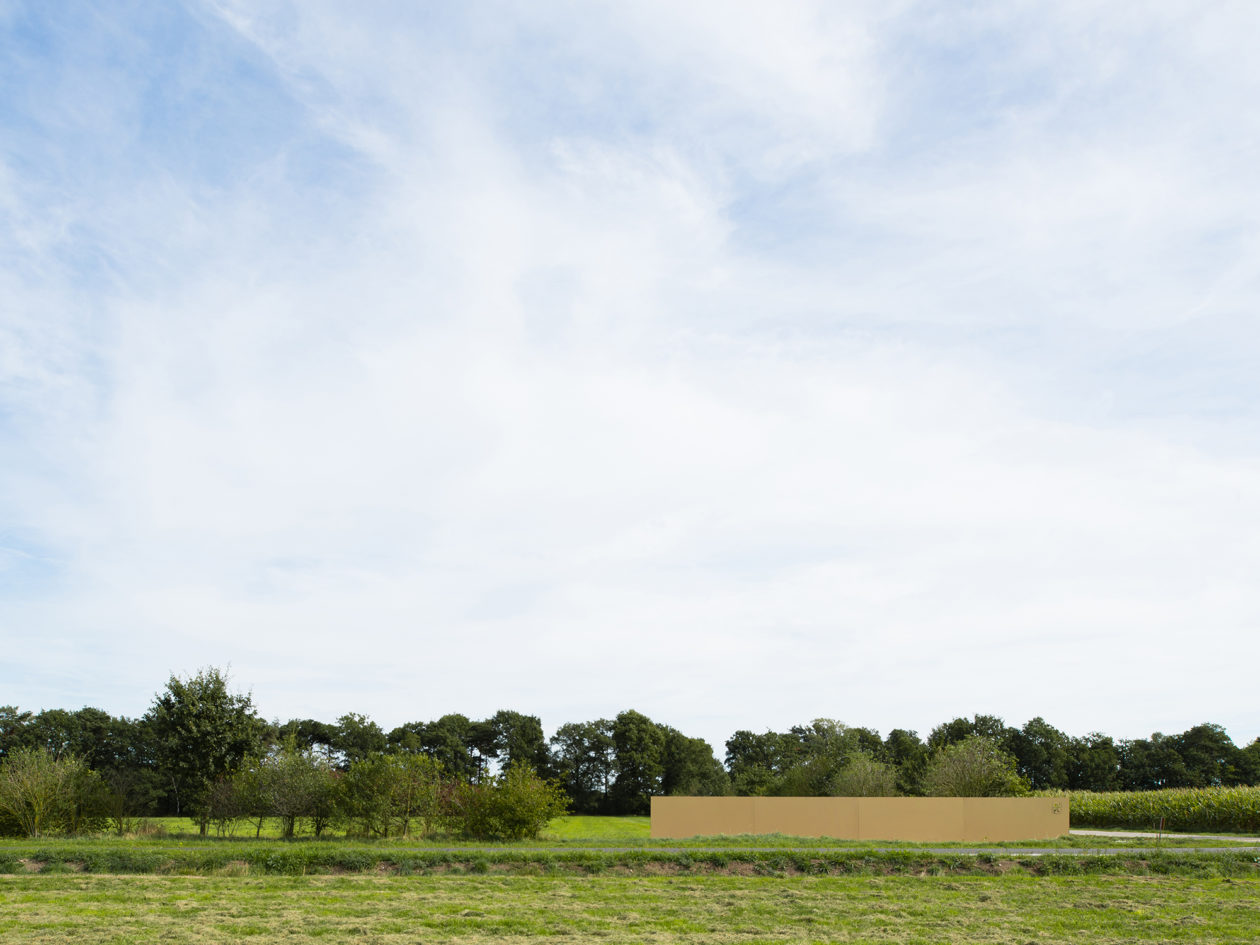 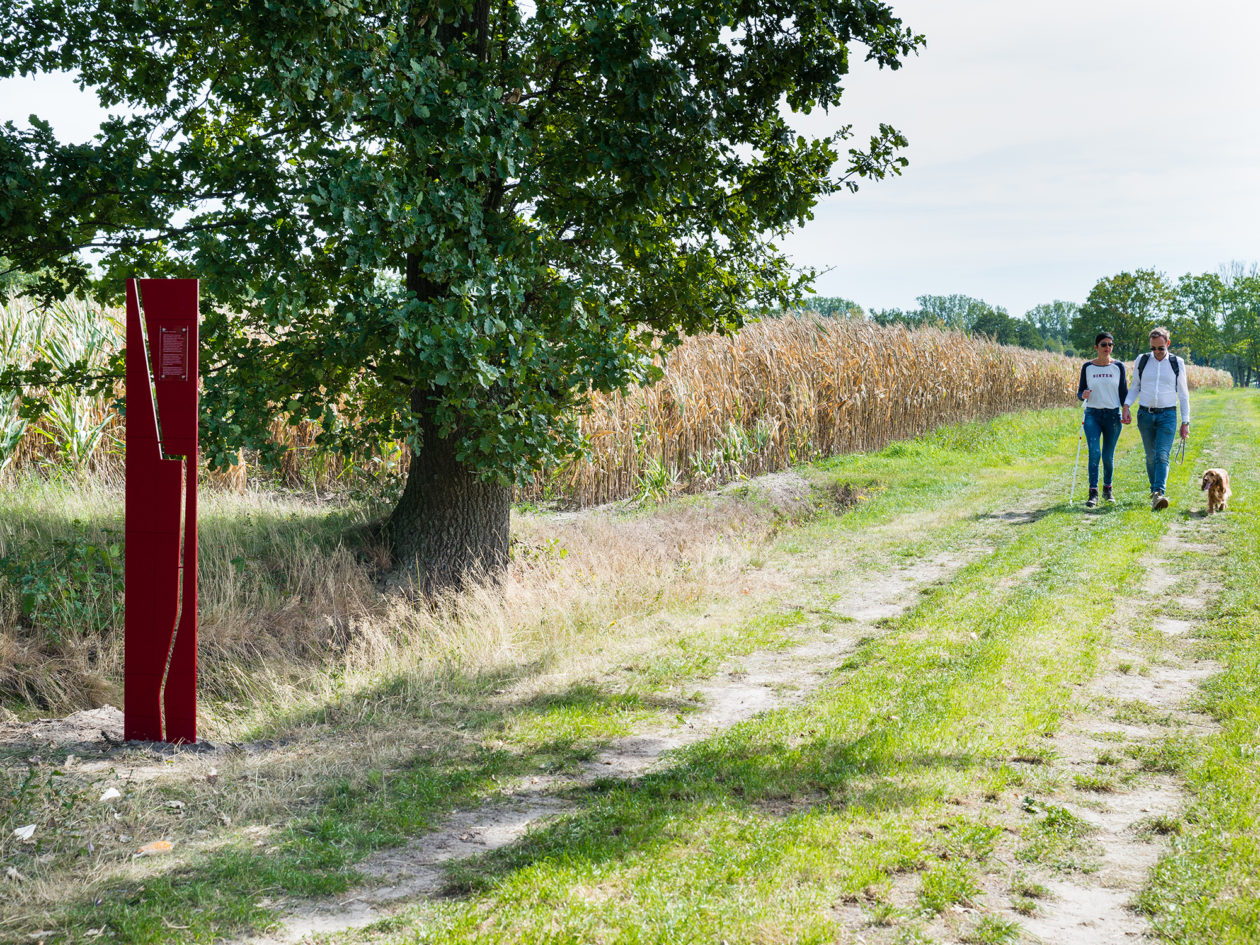 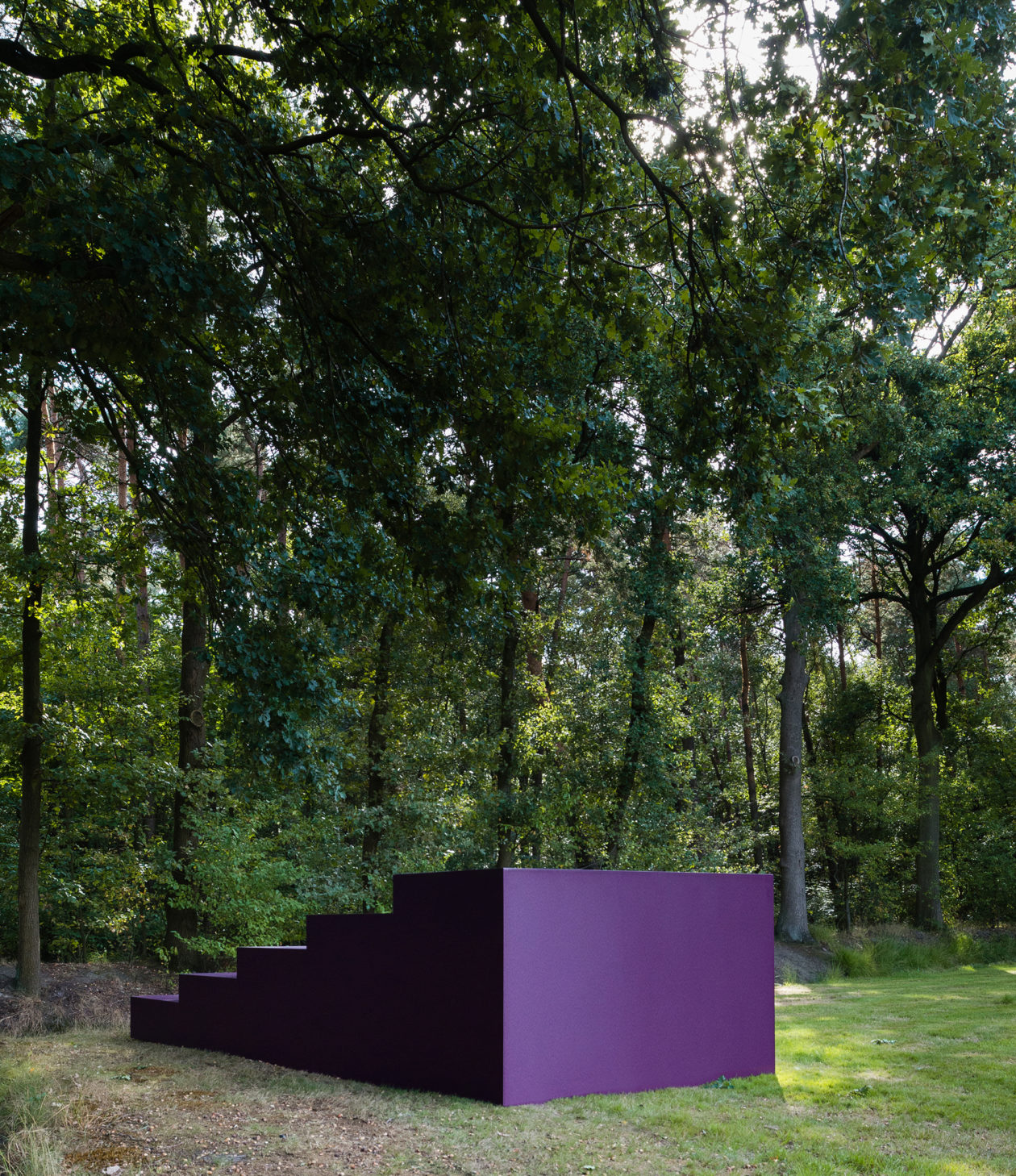