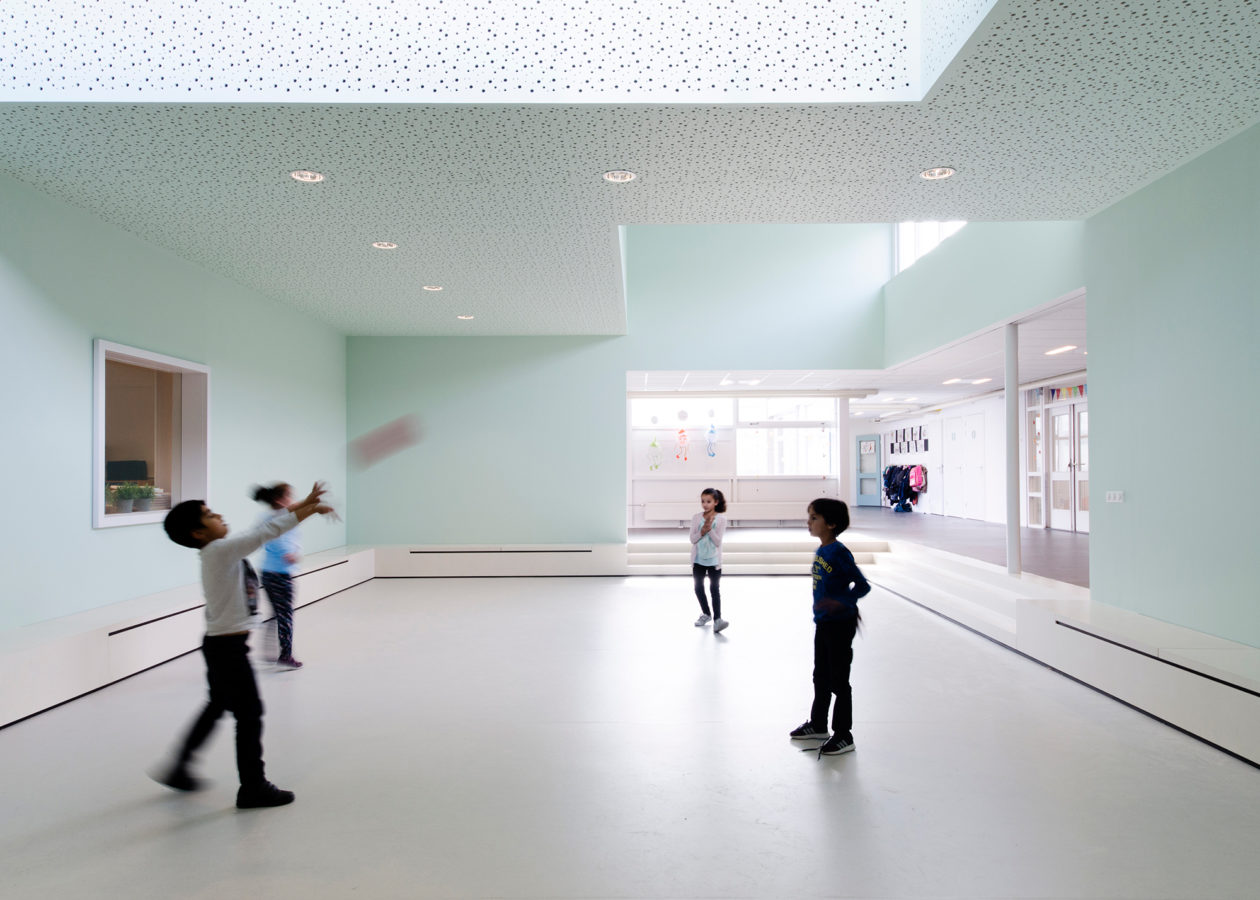 This public primary school in Haarlem has undergone a metamorphosis. A number of strategic architectural interventions have been made, introducing light, air and space into the 1960s school building and giving it a totally fresh look. The project demonstrates that the renovation of post-war school buildings is a valid alternative to demolition and new construction.

The primary school is part of a characteristic green strip in the Schalkwijk district of Haarlem. The main block was built as a primary school in 1964, and a gym and kindergarten were added in 1967. With its efficient floor plan and partly standardized construction, the school was the precursor to a series of patio schools built in the 1960s.

However, the building badly needed a makeover. A multicultural school, it had a reputation as a problem institution with a declining number of pupils. The introvert school building was behind the times, and its appearance and colour palette out of date. The once-famous patios suffered neglect and remained unused. In terms of learning, the school needed space for group activities and celebrations.

In 2015, after a design study carried out under the umbrella of the Mevrouw Meijer Foundation, Serge Schoemaker Architects was appointed to oversee the renovation and extension of the primary school. The study showed that a future-proof result could be achieved through renovation, costing less than demolition and new construction. Spacious and bright classrooms make post-war schools like this ideal for renovation.

The design for the renovation and extension makes use of the original clear corridor arrangement. The toilet blocks once positioned at the end of the corridors have been removed to open up views of the surroundings, giving the school an open character. Both inside and outside, large lime-green window frames now mark the ends of the corridors. They form part of a totally new colour palette.

The largest patio has been roofed and furnished as a multipurpose auditorium. The vertical rooflights overhead have been positioned to allow daylight to enter from various sides, without experiencing annoyance from direct sunlight. The required storage units have been created inside seating elements, custom made in birch plywood, which enclose the auditorium. The carefully designed, half-open hall adds a new spaciousness to the school, providing extra space for group activities and celebrations. 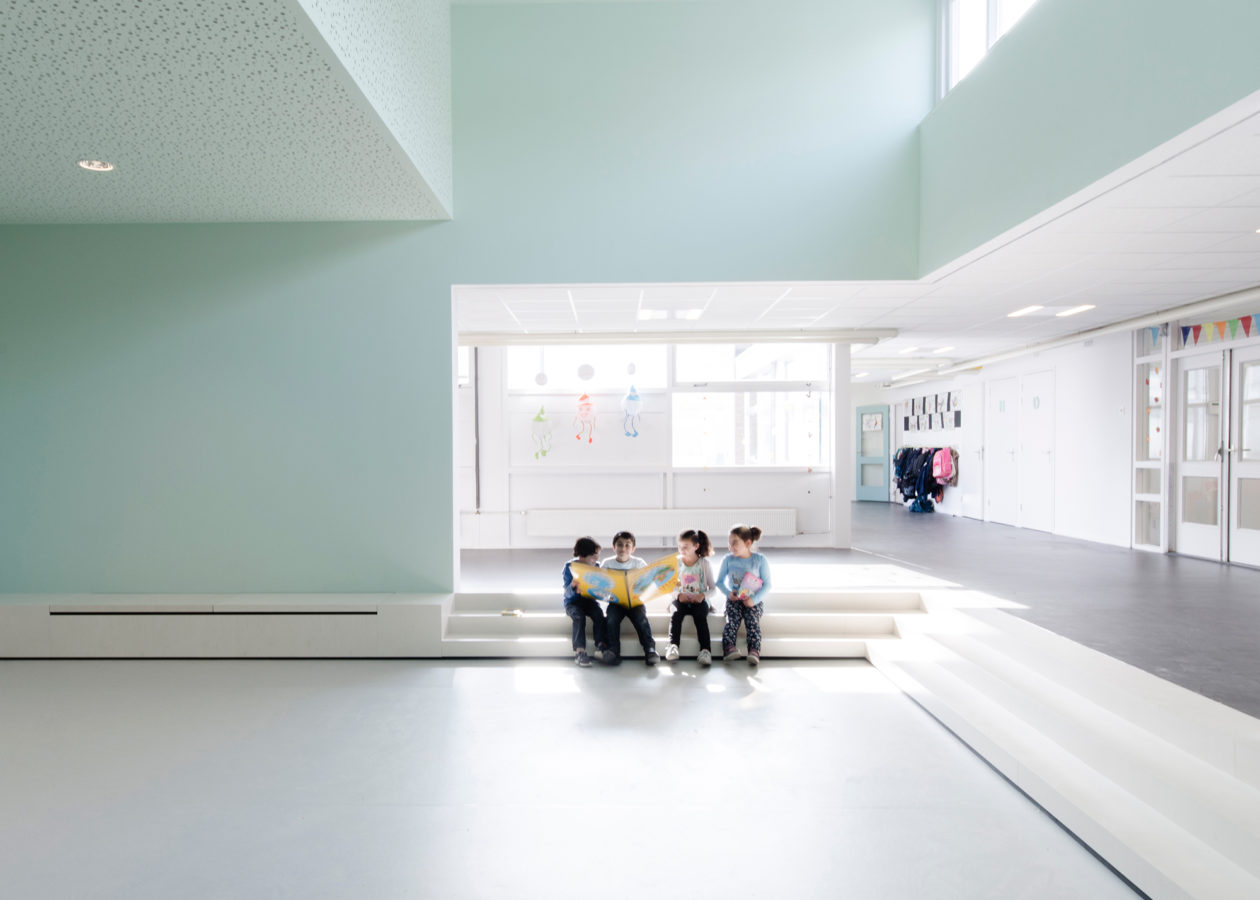 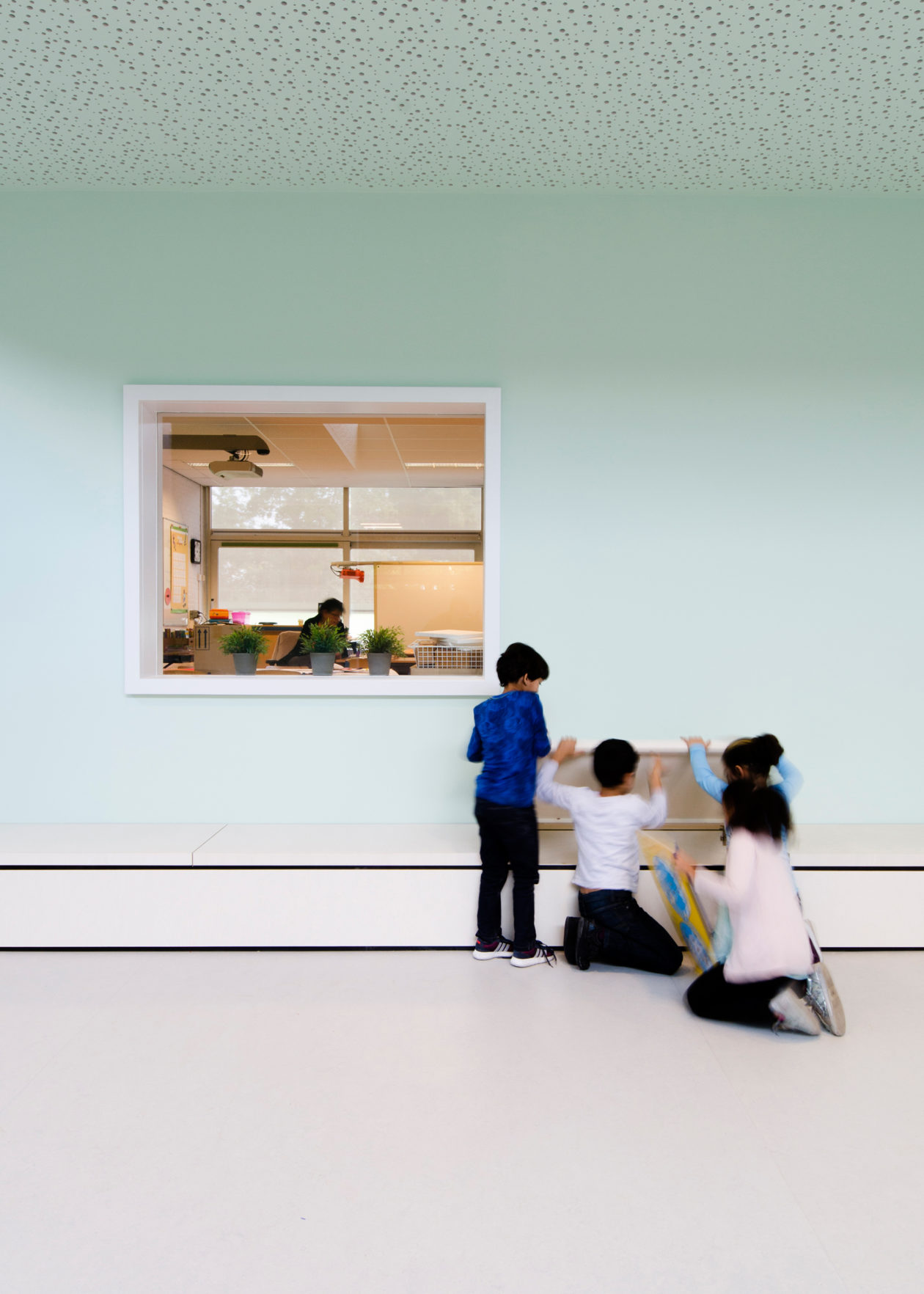 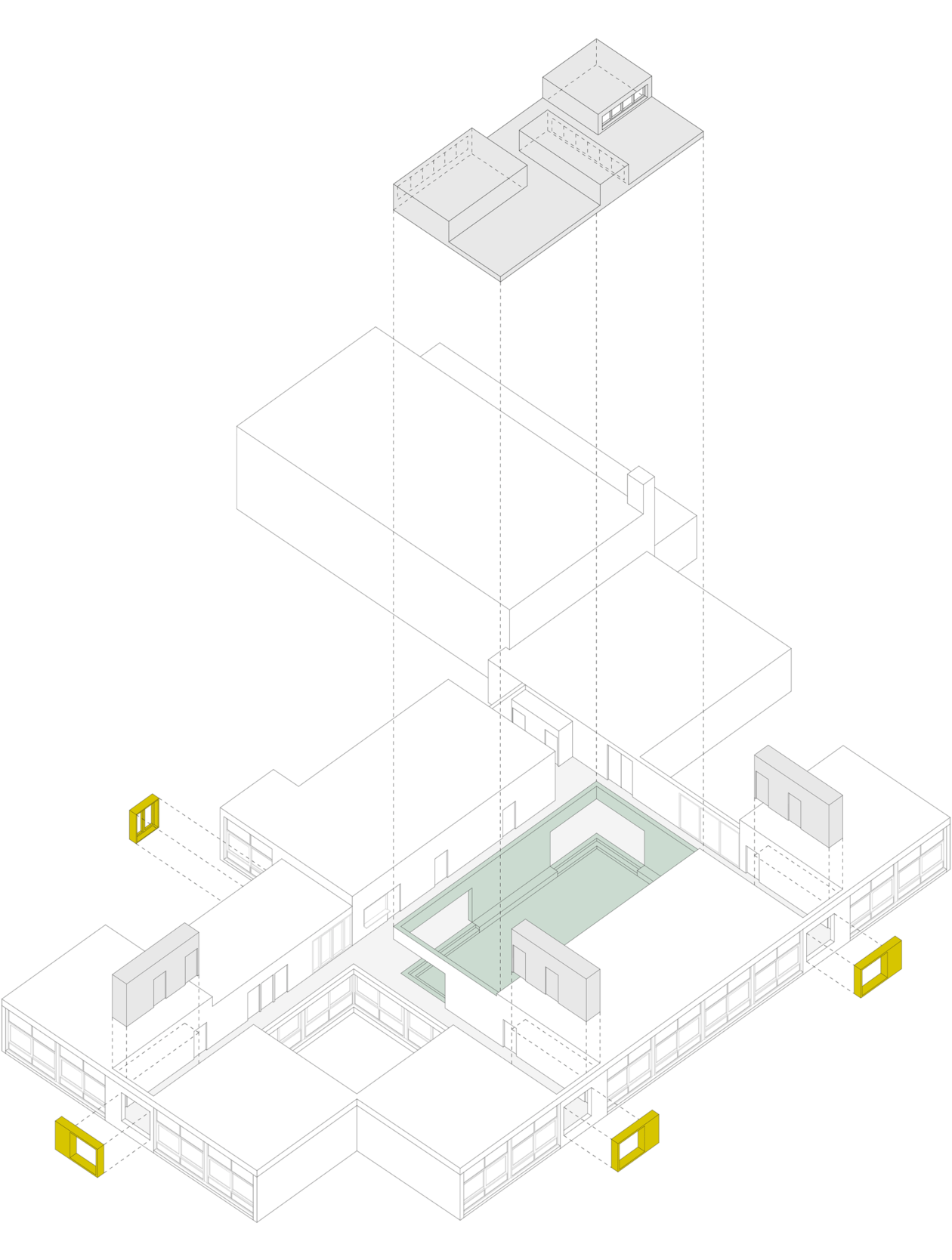 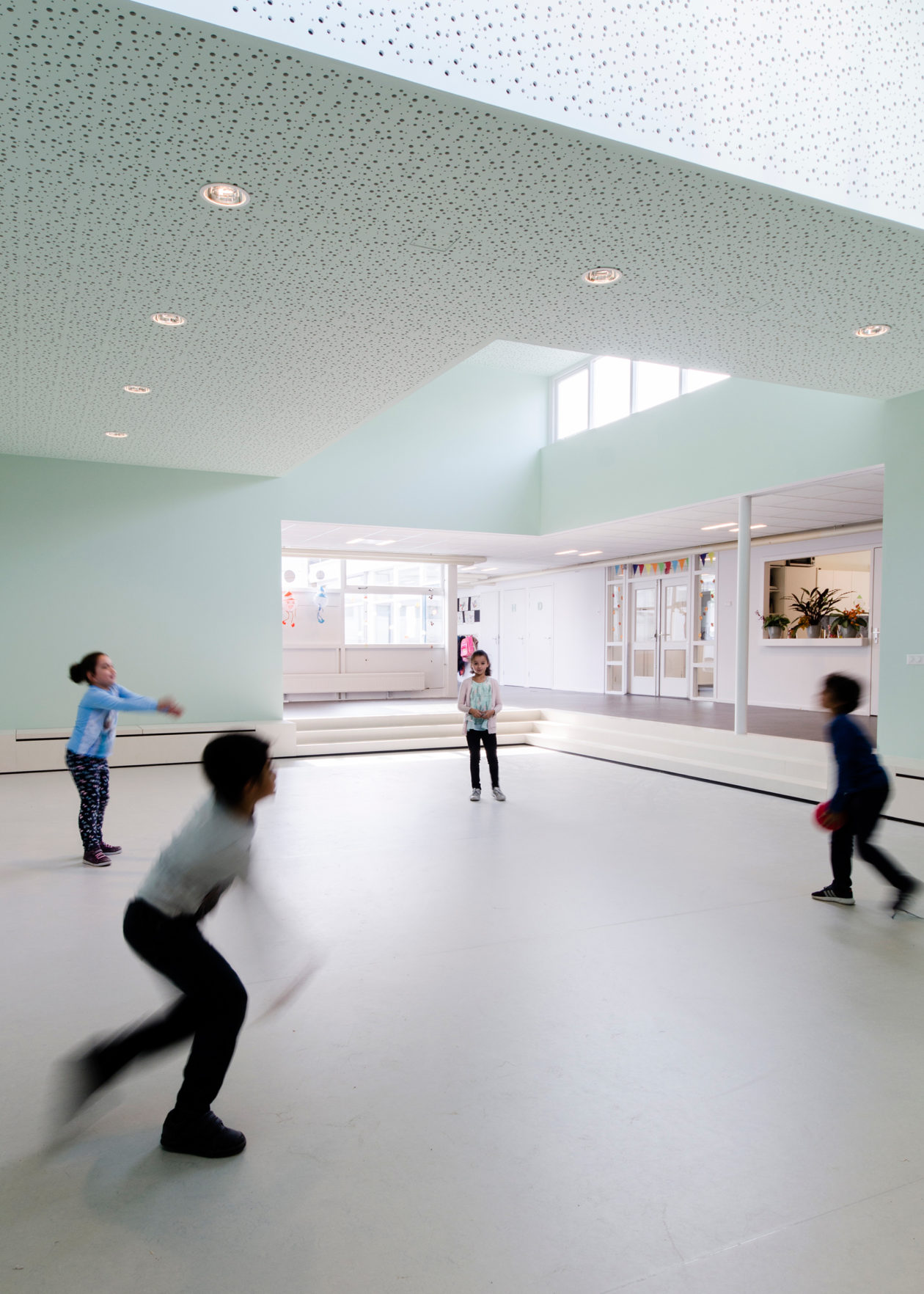 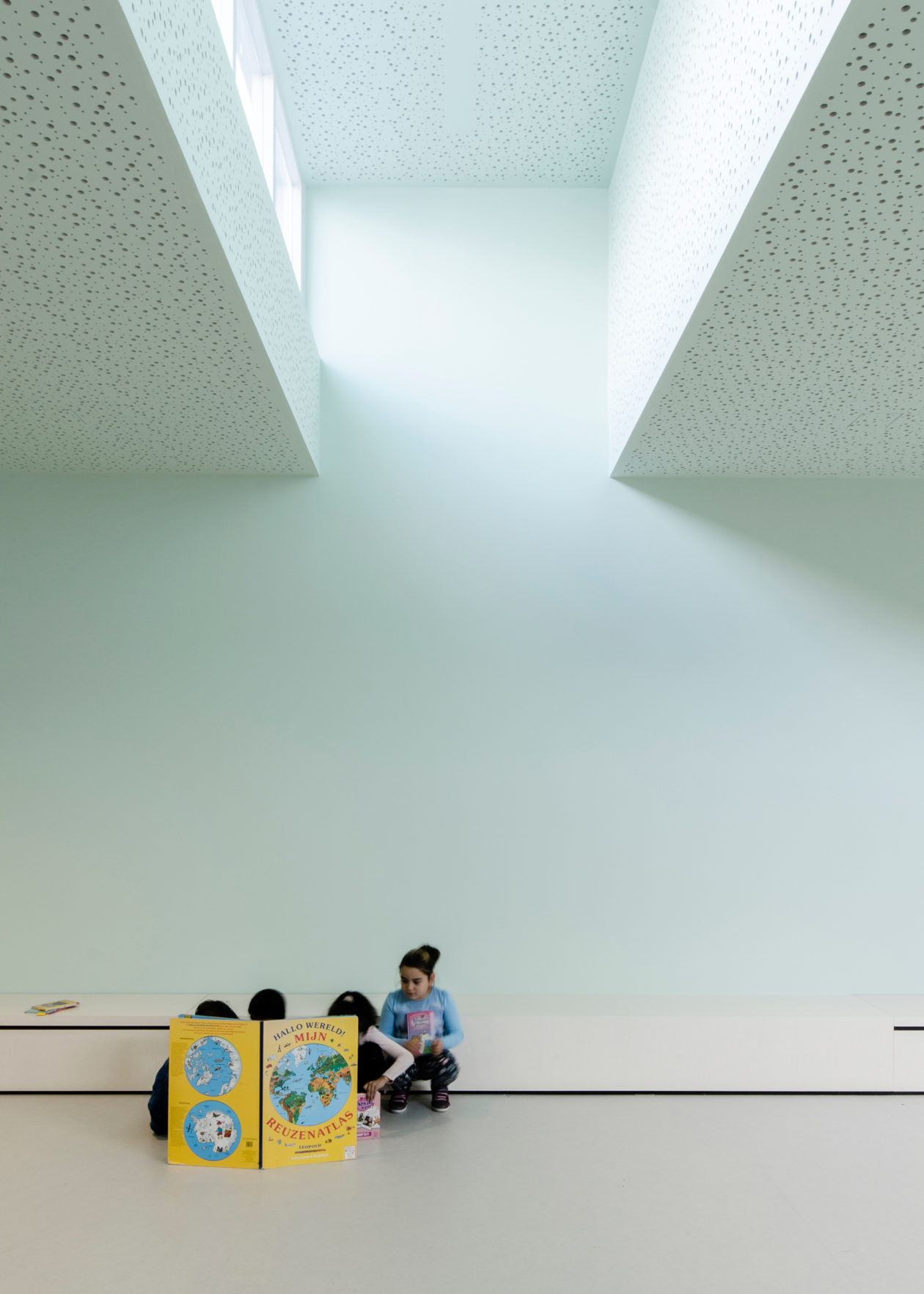 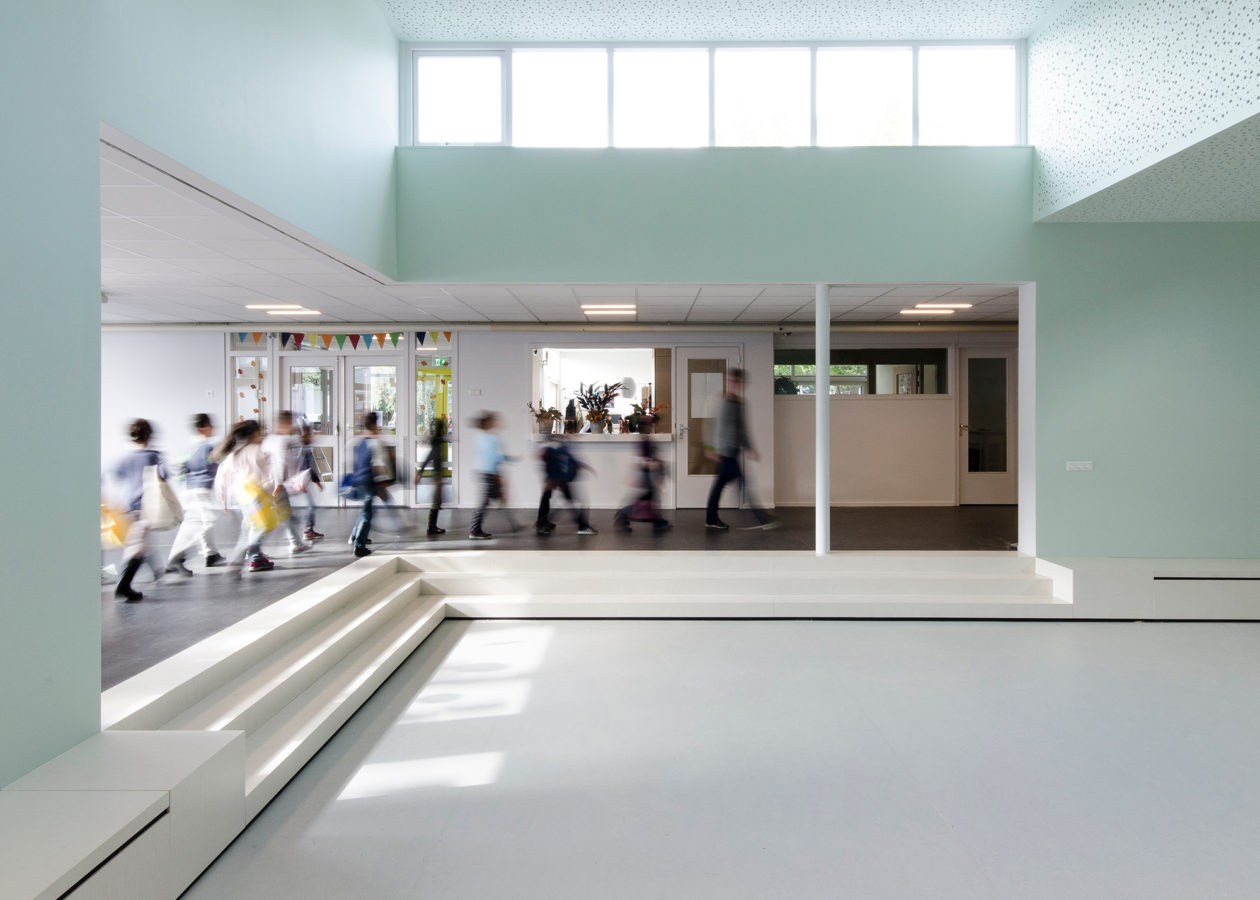 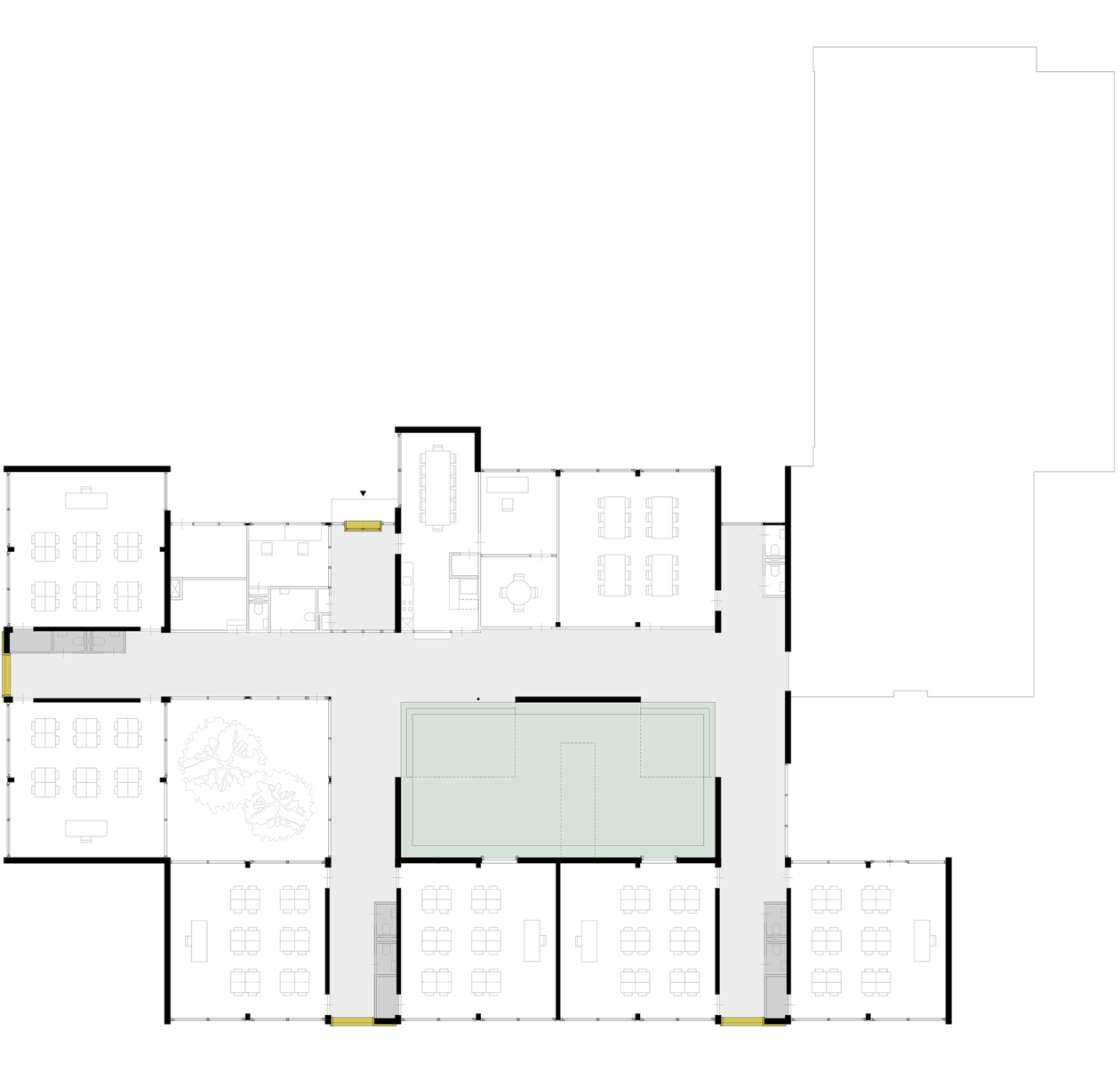 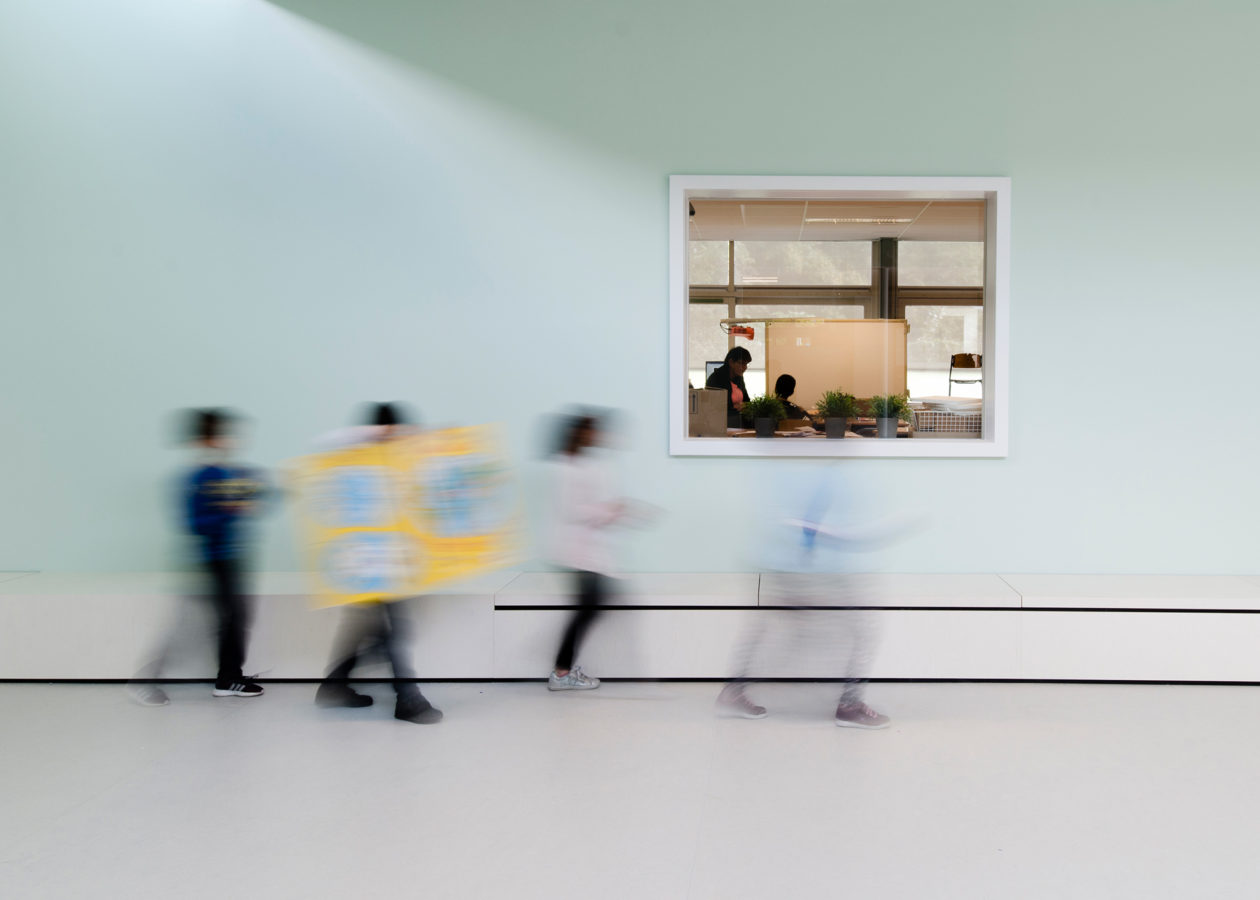