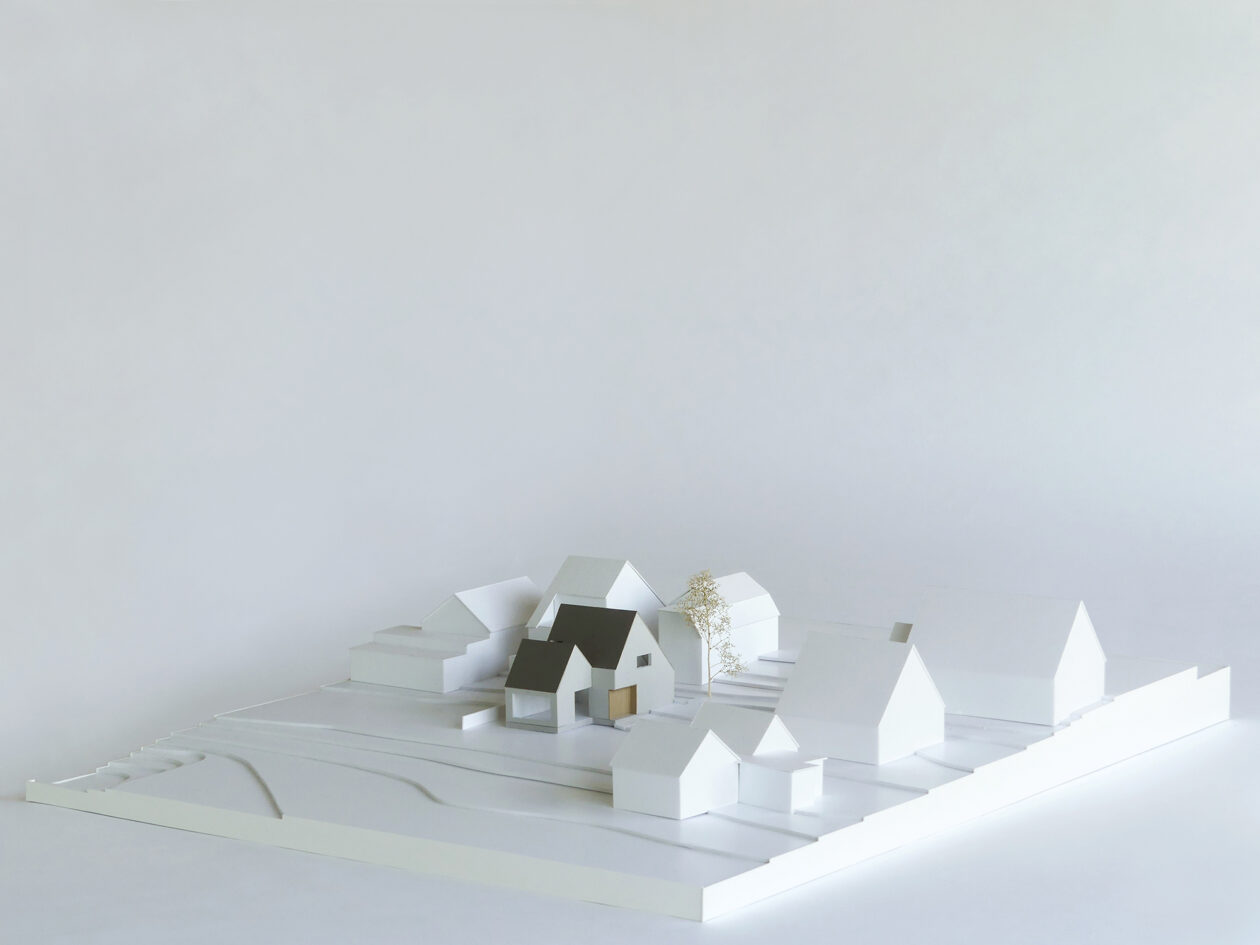 This freestanding house will be built on what used to be the rear year of a typical Dutch dike house which is located on a corner plot on the Akerdijk in Lijnden. The existing dike house is built on the protective earthworks of the dike which was transformed into a ribbon of development between Lijnden and Badhoeverdorp in the 1930’s. The proposed home will replace a workshop which is currently in the backyard and no longer functions as a business. This workshop does not fit in with the surrounding streetscape of houses, so not only does the proposed house provide more living residential space, it also improves the visual cohesion of the village.

The village of Lijnden exists is because of the Lijnden pumping station, one of three pumping stations that emptied the Harlemmer Lake in the 19th century to create new land South East of Amsterdam and has since become home to Schiphol Airport as well as many popular suburban villages. The village established itself around the pumping station, mainly consisting of people who worked on the nearby earthworks along the Ringvaart canal which encircles the former lake. From the 1930s, the area became flooded with new residents from the populous cities nearby (Amsterdam, Rotterdam, The Hague, and Utrecht among others) who were looking for more open space. Modest, fully detached houses became the norm running along the Akerdijk, with one or two storeys and simple pitched roofs. The dike provided ideal land for development as it also provided a road connecting the neighbouring villages, and many houses were informally built along its length with varied ridge direction, ridge height, gutter height, colour and material use.

Our design for this new building aligns with this informal and small-scale character. By drawing from traditional architectural features, such as a low gutter height, brick facades and a gable roof, the house blends into its surroundings in a natural way. The contemporary character of the house is only noticeable at a second glance, due to the loose composition of the facade openings and the tight detailing of the facade and roof. The orientation of the house towards the side and rear of the plot is also a visible and consciously chosen result of the later addition.

Following our client’s wishes, the home is split between a main building and a (lower) ancillary building connected intersecting pitched roofs. This pairing allows us to offer contemporary living comfort, within a design that matches the small scale of the environment. Despite the difference in scale, the primary and secondary buildings form an integral whole: the uniform use of materials and colours contributes to a monolithic appearance, and the two building volumes also form a cohesive unit internally. The open floor plan, the high spaces and the carefully positioned skylights provide a surprisingly light and spacious interior in the modestly scaled house. 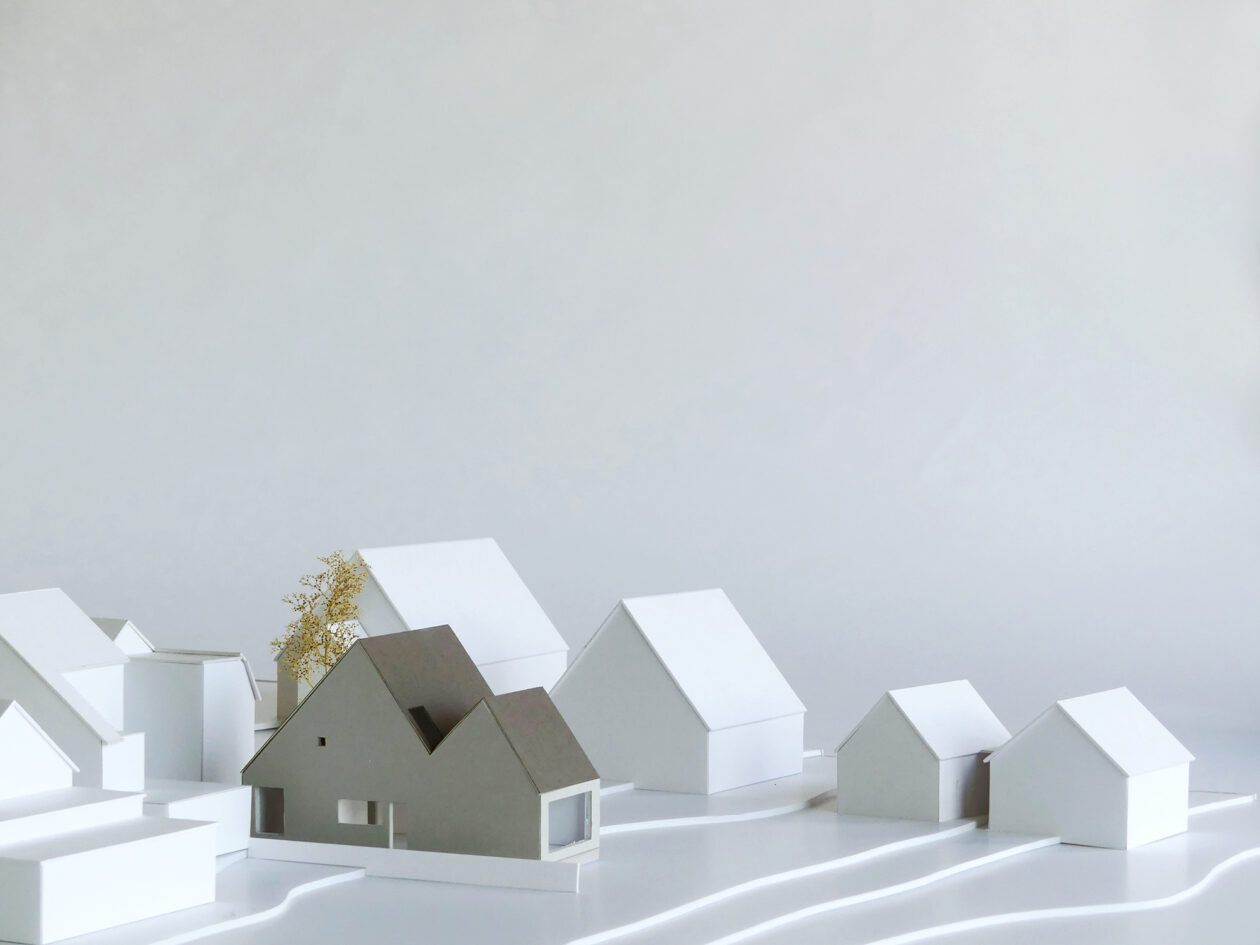